Cthulhu Crusades has been launched on Kickstarter and the campaign has reached the 80% of the funding goal in the first day, wow!

UPDATE: the campaign has been successfully funded! 5 stretch goals have been unlocked so the game will come with a lot of new cards!

Cthulhu Crusades is a fast paced card game for 2-4 players, as much about chance as strategy, set in the dark Middle Ages under the sway of the Necronomicon.

Your objective is to storm the enemy castle and take the Necronomicon there. To achieve this, you will have to create an army, build siege weapons, protect your walls, offer sacrifices to sea creatures, and make use of the cultists to call up terrible monsters. 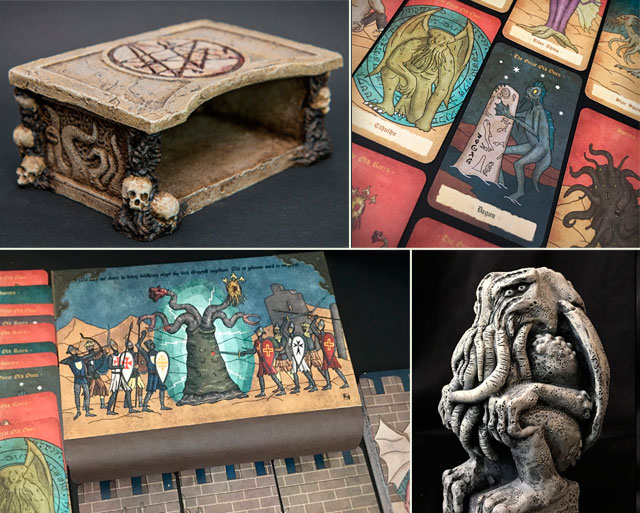 It comes with the amazing art of Robert Albauer and a lot of collectibles: Tarot cards, Necronomicon wooden case, a wonderful resin Altar and a Cthulhu “stone” Idol.

→ Check it out on Kickstarter